“It has been an honor to represent you the past seven months as one of your City of Fairfax Councilmembers. I am energized by what the current Council has been doing since I was elected last September. I look forward to the coming years with excitement as our community continues to come together to do great things.” From Jennifer Passey website.

Jennifer Passey has lived in the City of Fairfax since 2010 with her husband and four  boys. An active member of our community, she served on the City’s Planning Commission from 2011-14, the Parks and Recreation Advisory Board from 2012-14, and the Country Club Hills Civic Association from 2010-12.

Jennifer is an issue advocacy specialist with over 15 years of professional experience in Washington, D.C.; New Delhi, India; and Dhaka, Bangladesh. She grew up in Minneapolis, Minnesota, and moved to the Washington Metropolitan Area in 1995 to attend The George Washington University, where she received her B.A. and, later, her Masters in Political Management. Jennifer worked as a legislative associate for the Entertainment Software Association (ESA), the trade association representing companies that publish computer and video games. In 2007, she moved to New Delhi and worked for a non-profit organization as an advocate for spouses of expatriates, building relationships with multi-national companies, NGOs and foreign governments including Coca Cola, Ericsson, Nokia, UBS, IKEA, the International Committee of the Red Cross, the United Nations, and the governments of Canada, Sweden, the United States, and the United Kingdom. She also worked as a marketing consultant for a small woman-owned business that provided professional services to expatriates in New Delhi. From 2014-16, she lived in Dhaka, where she was the Communications and Publications Coordinator at the American International School Dhaka (AISD).​

CITY OF FAIRFAX, VA (August 22, 2017): City leaders continue to line up behind Jennifer Passey’s candidacy for City Council.  “Jennifer Passey has the right stuff to be a member of our City Council,” Mayor David Meyer said in a statement at a recent campaign event.  “Her service on the Planning Commission has shown that she has a keen understanding of the strategic challenges facing our City.  I am confident she will make wise and thoughtful decisions that will be in the best interest of all the citizens of our City, now and in the long-term.  She is a person with an exceptional mind and a first-rate temperament and I would be very pleased to have her as a colleague on our Council.”

Former Mayor (1992-2002) John Mason agrees.  “I am pleased to endorse of Jennifer Passey for Fairfax City Council,” he said in his endorsement statement.  “Jennifer has proven herself as a dedicated public servant who has served our community as a Planning Commissioner, a representative on Parks and Recreation Board and an active member and leader in her neighborhood community association. We are at a crucial time in our City and we need someone with a well-rounded perspective and real experience working with current city leaders and residents to move our City forward in a strategic direction for the next generation.”

Mrs. Passey has also secured the endorsements of the following City leaders:

Article on Filing for City Council


… She believes that, if elected, she will bring a fresh perspective to the City Council and continue advocating for its residents.

The City of Fairfax is at a pivotal time in its growth, with a number of redevelopment projects in the pipeline,” she said. “I believe responsible planning today yields good growth tomorrow. We need to continue moving forward as a vibrant, safe, close-knit community for all. I look forward to meeting and hearing from residents over the next few months and earning their vote on Sept. 12.” 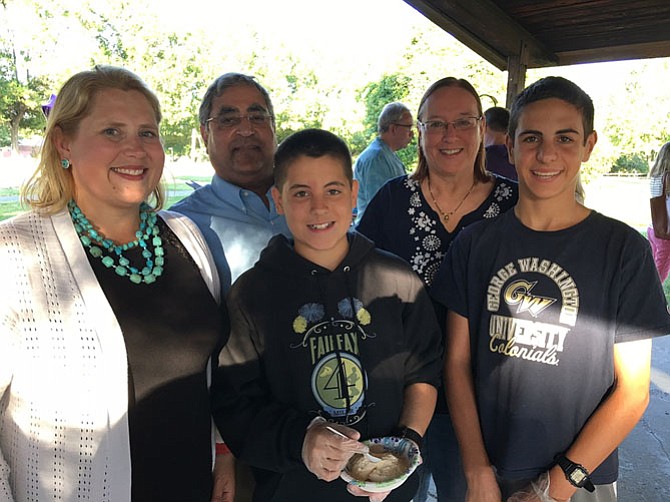 Fairfax — Jennifer Passey is running for Fairfax City Council and some 60 people came to her recent, meet-the-candidate….

She worked on several, important projects, including Scout on the Circle and Novus Gateway, and knows we have to get the right kind of balance for the City’s economic growth and development,” he continued. DeMarco also stressed her service on the Parks and Recreation Advisory Board, helping to create its strategic development plan. And, he added, “She’s very smart and thoughtful and will come forward with a balanced approach and solution.”

OnAir membership is required.  The lead Moderator for the discussions is Scott Joy.
We encourage civil, honest, and safe discourse.  See Terms of Service for curation guidelines.